Long Did She Reign 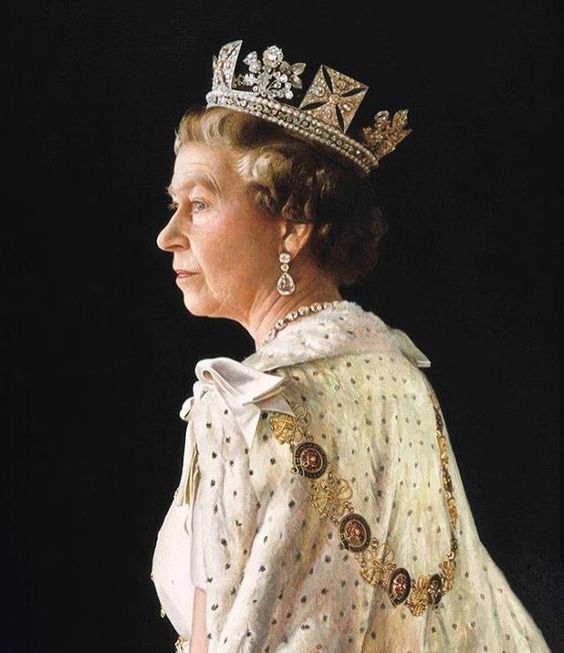 As I watched the BBC News online Thursday morning, I knew an era was coming to a close. No matter your thoughts about England, its monarchy, and individual members of the Royal Family, you must admit that Elizabeth II was a remarkable woman.

Just think of all she saw from her front row seat to history—from German bombs raining down over London to the dissolution of apartheid in South Africa, from watching men walk on the moon to receiving female Prime Ministers. Earlier I heard one commentator state the current PM, Liz Truss, was born 101 years after the birth of Winston Churchill, the first of Her Majesty’s fifteen prime ministers. To paraphrase Dr. Seuss, oh the changes she saw!

Anyone who spent 96 years on the world stage obviously has had many books written about her so if you want to learn more, take a look at one of the biographies we have on the shelves: “Her Majesty” by Robert Hardman, “Monarch: the Life & Reign of Elizabeth II” by Robert Lacey, or “Monarchy: an Oral Biography of Elizabeth II” by Deborah Strober.

One of the more recent books was written by her Royal Dresser, “The Other Side of the Coin.” Of course, there are other books, possibly more salacious and gossipy in nature. I’m waiting for those tomes that will come out in the next year or so by actual historians so their content will be more factual and less hagiographic.

Since most Britons have only known her as their monarch, Elizabeth II has made many appearances in novels as well, sometimes as the main character but more often in a peripheral role. “The Gown” by Jennifer Robson is about the making of Princess Elizabeth’s wedding gown but she only appears at fittings while other characters take center stage. In “Princess Elizabeth’s Spy,” part of the Maggie Hope mystery series by Susan MacNeal, the protagonist protects the two princesses while they lived at Windsor Castle during WW II. Two historical novels feature “Crawfie,” the governess to Princesses Elizabeth and Margaret: “In Royal Service to the Queen” by Tessa Arlen and Karen Harper’s “Royal Nanny.”

In case you never thought of the late Queen as a crime fighter, take a look at “Windsor Knot” and “All the Queen’s Men,” the first two titles in SJ Bennett’s “Her Majesty the Queen Investigates” series (the third is due out next year, unless her death changes publication). Both Alan Bennett (“Uncommon Reader”) and William Kuhn (“Mrs. Queen Takes the Train”) have written light-hearted novels that humanize a woman long held on a pedestal. I would like to think she was somewhat like that in her private life.

It will be oh so strange the first time I hear people sing “God Save the King” and not seeing the sweet old lady smile and wave from the balcony at Buckingham Palace. Yes, life will go on but without the steadying hand of QE II at the helm of the ship. Anglophile or not, raise a cup of milky tea in remembrance to this extraordinary historical figure.