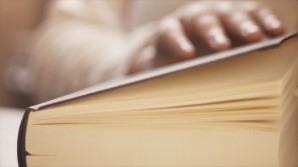 I must confess, I’m not sorry to see this year end. Don’t get me wrong, it could have been worse but I was hoping for better. Particularly when it came to books.

There’s always so much hope at the beginning, whether it’s a new year or a new book. You can’t wait to dive in and lose yourself in a wonderful world, real-life or literary.

That was me, a year ago. Surely, 2022 would be better than the year that was ending. I’d find a new dog and there were so many good sounding books that were coming out. Things looked rosy!

So here I am twelve months later; still dog-less and a less-than-steller year when it comes to books. Now, I’ve been told I’m a bit particular and there’s probably a grain of truth in that, but it is what it is. However, I did find a few books that I enjoyed—some more than others—that I’m happy to share.

Out of the sixty books I read (I keep a list—don’t you?), only thirteen got good to wonderful ratings (I do that, too). Of course, the three Andy Carpenter titles by David Rosenfelt made the cut; he’s one of the most reliable authors and has yet to disappoint me. The other “good to better” titles (listed in the order I read them during the year) are “Narrowboat Summer” by Anne Youngson, Niall Leonard’s “M, King’s Bodyguard” “Wedding Dress Sewing Circle” by Jennifer Ryan, “When Ghosts Come Home” by Wiley Cash, “Iona Iverson’s Rules for Commuting” by Clare Pooley, and David Baldacci’s latest in his Amos Decker series, “Long Shadows.” One of the common denominators that I can see is that four of the six are set in England, which is not unusual for me, but the other, more telling, is that they were all unique in their plots and characters.

Only four reached “elite” status for me: “Last Green Valley” by Mark Sullivan, “Woman in the Library” by Sulari Gentill, Emily Henry’s “Book Lovers,” and “Mad Honey” by Jodi Picoult and Jennifer Finney Boylan. Strangely enough, none are set in England and only one is a true mystery, but each is so very different than the others. Which I think says I’m a more eclectic reader than I thought.

So as a new year fast approaches, I’m hoping for more wonderful reads, though I’d settle for some very good books from favorite authors. One I’m particularly looking forward to is Jane Harper’s “Exiles,” due out on January 31; she has become one of my favorite authors. Then in April the new Joshilyn Jackson book arrives; “With My Little Eye” sounds like another one I won’t be able to put down. And I have no doubt that David Rosenfelt will continue to entertain me with his dog mysteries.

I’ve shared my favorites with you so please reciprocate and tell me what books you enjoyed this past year—I’m always on the lookout for a good book.

Wishing you a year of wonderful reading!