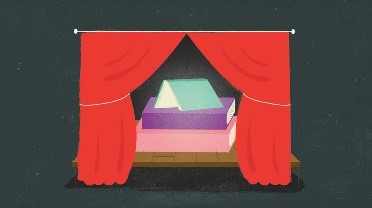 Is it just me or have the Summer Doldrums hit earlier than usual this year? My best way of beating them is to look ahead to cooler days and the bevy of new titles that will hit the shelves this month. Here are just a few that have caught my attention and may interest you as well.

The only nonfiction title on my list is “Invisible Storm” by Jason Kander. He’s been very upfront about his battle with PTSD in recent TV interviews—I expect he will be in his book as well.

Mysteries (my favorites) aren’t as plentiful but I’m keeping my eye out for “Hidden One” by Linda Castillo, “Augusta Hawke” by G.M. Maillet (the beginning of a new series), Paula Munier’s “Wedding Plot.” and “Holy Chow” by David Rosenfelt (I can hardly wait to get my hands on that one!)

Of course, new fiction titles abound, some by old favorites and a few by new or unknown to me authors. You can put the following on your to-read list: “Switchboard Soldiers” by Jennifer Chiaverini, “In Her Boots” by KJ Dell’Antonia, “Carolina Moonset” by Matt Goldman, “For Butter or Worse” by Erin LaRosa, “Best is Yet to Come” by Debbie Macomber, “Record Keeper” by Charles Martin, “Portrait of an Unknown Woman” by Daniel Silva, “Pallbearers” by Paul Tremblay, “Sugar and Salt” by Susan Wiggs, and Gabrielle Zevin’s “Tomorrow and Tomorrow and Tomorrow.”

I doubt many of these will be blockbuster hits but are written by solid authors who are sometimes eclipsed by the Pattersons, Grishams and Roberts of the writing world. And the best thing about them? They usually don’t have a long wait list

Keep in mind that although all have been ordered, some won’t be published until later in the month. And once they arrive they’ll need a bit of time for processing.

But not to worry—we have lots of books in our collection to keep you reading until the new ones are ready to go. Come early and beat the heat!