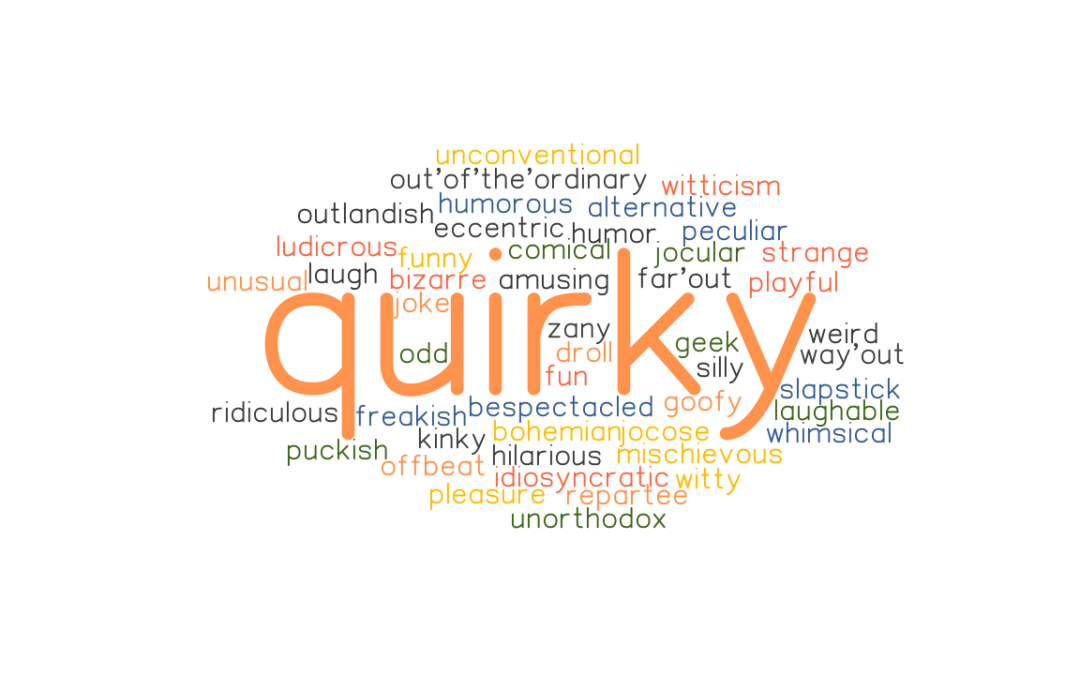 According to the Merriam-Webster website, these are all synonyms for “quirky” but I rather like “attractively unusual.” Maybe because I’m drawn to the unusual, especially if it pertains to a fictional character. I enjoy books that feature protagonists that are just a bit different, ones that don’t conform to the usual norms. As long as it’s attractively unusual.

Of course, this really isn’t news to anyone who has read these weekly bits. I usually mention books with characters who lean to the offbeat. And the more I think about it, those fictional beings could often be described as being a bit grumpy or cranky. Well, I guess we read what we know.

So besides the usual suspects—Ove and most of Backman’s other book characters—who else would I put in the quirky category? There’s Don Tillman in Graeme Simsion’s “Rosie Project” (he’s a ringer for Sheldon Cooper), and Eleanor, as in “Eleanor Oliphant is Completely Fine” by Gail Honeyman (spoiler alert: she isn’t). The main characters in “The Unlikely Pilgrimage of Harold Fry” by Rachel Joyce and “How the Penguins Saved Veronica” by Hazel Prior also make the list.

Then there’s “The Brilliant Life of Eudora Honeycutt” by Annie Lyons who might land more in the cranky category but is a good, heartwarming read. (Strangely, many of these books are set in the UK; maybe they embrace eccentricities a bit more. Which may be why I like the English).

But we Americans can be quirky, too. Try “The Spellman Files” by Lisa Lutz, the first in a series about an entire family of odd characters. Nina Hill, as in “The Bookish Life of …” by Abbi Waxman is included on many lists for quirky characters, as well as Gabrielle Zevin’s AJ Fikry in “The Storied Life of …” Frankly I find them to be less quirky and far more endearing, perhaps because they are members of the bookselling community (I can relate).

Thinking about why I choose—and enjoy—books with quirky characters, I believe it’s because authors who employ them in their novels often show a greater sense of creativity. They don’t necessarily follow all the writing “rules,” but tell good stories employing characters with heart as well as a few quirks. But isn’t that what we want for the people in our lives? So it makes sense that we want that in our fictional friends as well.

Which quirky characters have you found though your reading?