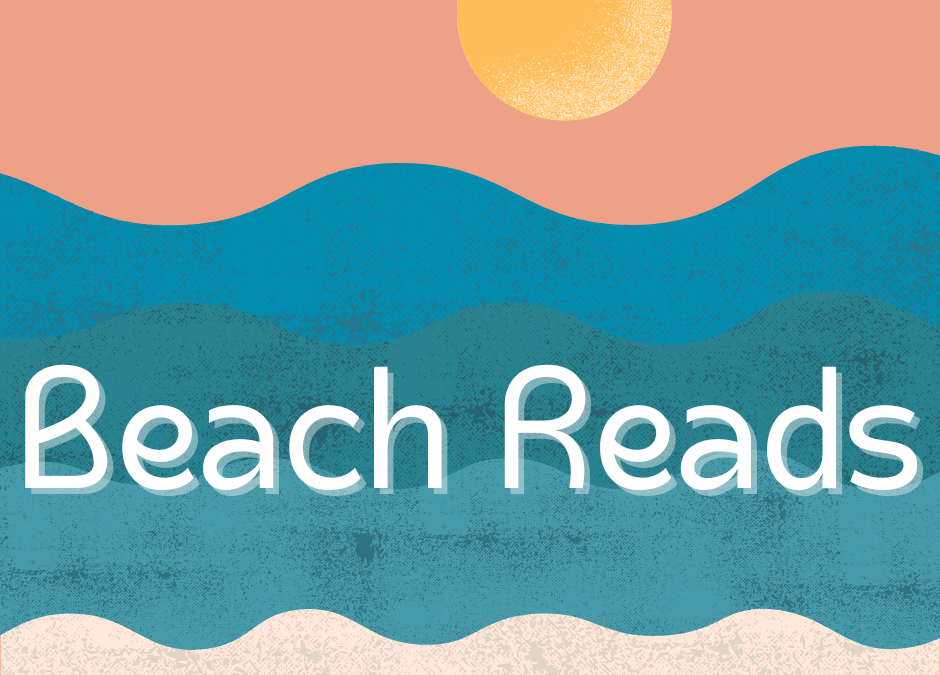 Summer—that time of year that screams baseball, vacations, homemade ice cream. And the Beach Boys. When it gets hot those classic hits that epitomize Summer immediately come to mind. “Surfin’ USA,” “California Girls,” “Fun Fun Fun,” “Good Vibrations”—don’t they just transport you to a beach or the back seat of a convertible? Or in the case of an inveterate reader in Kansas, grabbing for a quintessential beach read?

(For the record, the Beach Boys were already falling from the Top 40 lists when I began listening to music on the radio. For some reason I know many of the lyrics, at least to the choruses, so whenever I hear them now, I just smile, start bobbing my head in time with the music, and sing along. I’ve never ridden in the back of a convertible or spent much time on a beach, nor want to, but something about the Beach Boys makes me think I should do just that.)

But back to books.

This is the time of year when beach reads fly off the shelves. And what exactly is a “beach read”? One source defines it as a book you can take on vacation, one that’s good enough to keep you engaged but not so serious it will spoil your fun. I’d go a bit further and say it’s a book that takes place on or near water (i.e. “beach”), has a certain flirtatiousness with the reader (like it’s saying, “don’t take me too seriously,”) and ends well. It goes without saying that the covers feature sand, water, towels, and/or flip-flops. This is definitely one of those times when you can tell a book by its cover.

Others disagree with my definition and say any blockbuster hit title qualifies; one site claims “Where the Crawdad Sings” as the best beach read ever. I would argue that it’s much too serious (but I readily admit to not caring for it). To me, beach read authors are Mary Kay Andrews, Dorothea Benton Frank, Elin Hilderbrand, Mary Alice Monroe, Kristy Woodson Harvey—most of their book covers feature sand and surf. You know, beaches!

But I would include any rom-com in a second tier of beach reads—Emily Henry, Jasmine Guillory, Jenny Colgan, Emily Giffin, Abbi Waxman to name a few. And even though it really doesn’t fit any of my parameters, I can’t leave out “Jaws” which might be the primo beach read.

Let me put it this way—if a book makes you feel the way I do when hearing a Beach Boys tune, I say call it a beach read and then come to the library to find another one like it. (if you now have a Beach Boys earworm the rest of the day, well, then I’ve done my job.)