The Darker Flavor of Small Towns 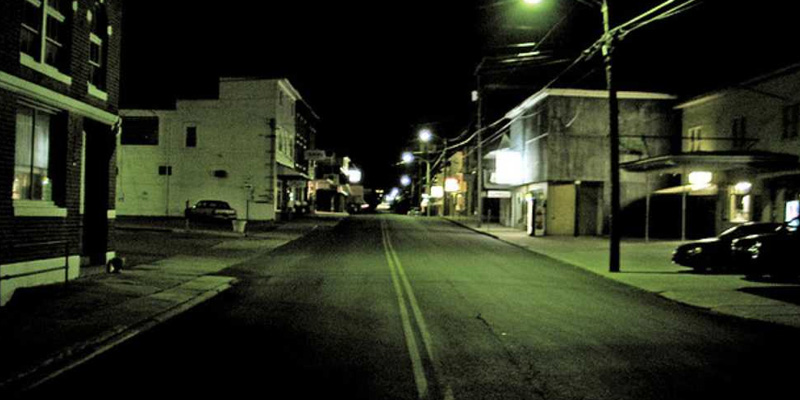 Last week I extolled the virtues of small towns, but there’s always a flip side. Books that focus on the darker aspects of village life are known in the book biz as “Small Town Horror.” I just call them scary, spooky, or creepy. While they’re popular any time of year, the demand for them increases as Halloween draws near.

If you’re looking for a more classic title, I suggest “Jamaica Inn” or “Rebecca” by Daphne Du Maurier (and don’t forget her short story collection!) or perhaps Shirley Jackson’s “The Haunting of Hill House,” and “The Lottery.”

The undisputed King of horror—that would be Stephen, of course—has used small towns as settings for several of his books with Derry and Castle Rock making repeat appearances (do the residents not see a pattern and want to pack up and leave immediately?) “It” takes place in Derry, as do “Insomnia” and “Bag of Bones;” Castle Rock is the setting for “Cujo,” “Dead Zone,” and “Needful Things.”

But there are many lesser known examples of fictional small towns with creepy vibes: “American Gods” by Neil Gaiman, the Midnight, Texas trilogy by Charlaine Harris, “Quiet Neighbors” by Catriona MacPherson, “Winter People” by Jennifer McMahon, and “Whisper Man” by Alex North, to name just a few. Not all have supernatural and/or ghostly elements but still may have you looking over your shoulder to see what might be ready to grab you.

Of course, real life is often far scarier than novels and there’s no better examples of that than these tales of small Kansas towns that have become noted (perhaps notorious is a better word) for the darker sides of rural living: Holcomb (Truman Capote’s “In Cold Blood”), Burlington (“Shadow on the Hill” by Diana Staresinic-Deane), Oskaloosa (“Four Shots in Oskie” by Justin Wingerter), and Cherryvale (there are numerous books on the Benders but I’d recommend “Hell’s Half-Acre” by Susan Jonusas).

It’s no secret that I prefer the sunnier take on small towns, but it’s not about what I like to read. So if you want a book that sends a shiver down your spine or makes you check that the door is locked, I can help you with that (which in all liklihood will end up with me asking PJ, “what’s a good scary book?”)