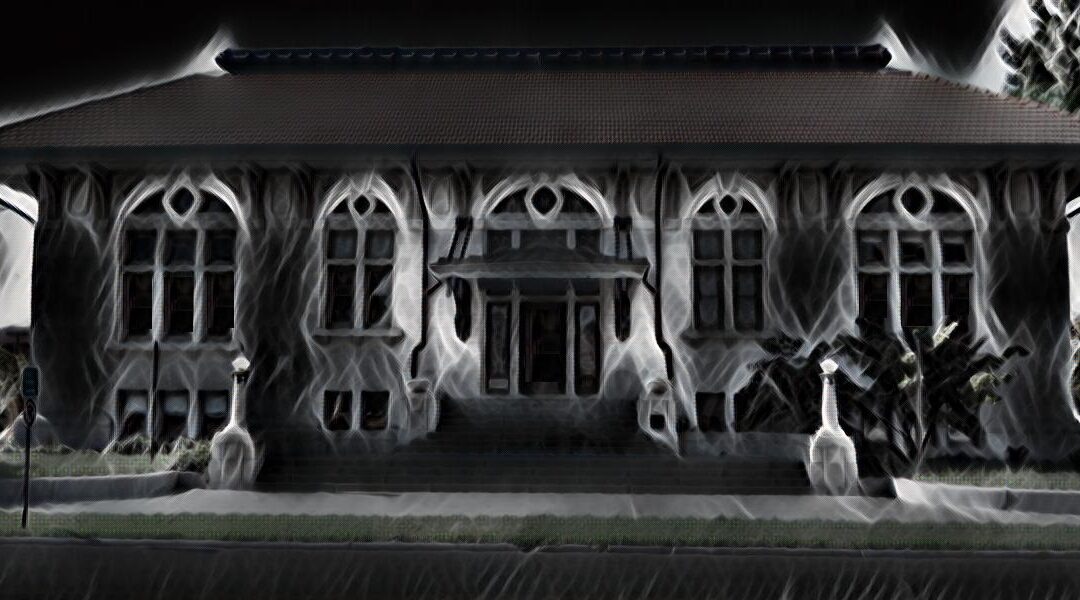 You want to hear a story, you say? Well, I suppose there are many stories in this world, some mundane, some more magical. My story leans more towards the…well, let’s just say mysterious.

It happened some years ago, in an old Kansas mining town. I’d been working for about a year at the public library when I first discovered what I’m about to tell you. Actually, the story began a long time ago.

Early on in the 20th century, during the coal boom, the town was still new with wooden sidewalks, saloons, a church or two, and a library in the city courthouse. Mining had generally been good to the city and it grew with the might of freight trains. A priest and a lawyer, I think their names were Pompeney and Cligett, decided it was time to build a new library. Now you have to realize that mining had been going on for years so the ground underneath much of the city had been mined out. Mining isn’t a safe job by any means, and many workers had given their lives to free the coal. In fact, the site of the new building was but three blocks from the original shaft entrance built in the 1870’s.

Even in 1910, new buildings cost a lot of money. The library board asked for money from Carnegie, the steel baron, who had once ordered a massacre of striking union members some twenty years earlier. Well, when that news got out, the miners, being of the union bent, started up a giant mob and went to the building site to defend the memory of those men and demand the money be sent back. The powers that be broke up the crowd and as they dispersed, an elderly woman was heard to cry out, “a death’s head will be in every window of this library and the walls will cry in sorrow if you take his blood-stained money!”.

I don’t know about you but some things are just hard to believe but well, this is what people said happened that very night. The library board president, that Cligett fellow, had a dream in which the bodies of dead miners buried in the tunnels under the south side of the building rose up and told him that the name Carnegie should never rest upon the walls. Well, the man was quite shaken by the dream and despite the late hour, ran to the new building to give it a good looking over. He went inside, discovering the south wall was wet. Water began streaming down and as he tried to stop it, he noticed it was salty. At the same time he heard what sounded like women wailing and he ran outside to see what was happening. And there he saw a mass of pale, almost transparent figures, all crying in unison, and pointing to a name all too familiar to him etched in the ground. As he looked back at the building he saw faces in the windows, mocking him. Well, the sight of that was too much for him and he took off to his house. The next day he ordered that Carnegie’s name not be placed anywhere on the building, just the words “Public Library” over the front door.

Well, when I began at the library some 80 years later, the building had just been renovated and an addition built on. Just days before the dedication, a dark cloud fell over the city and it looked like a big thunderstorm was moving in. That is when I noticed a plaque with a quote from Carnegie had been installed in the new front entry. I went about my usual business of shelving books when I happened to see water running down the original south wall. It almost looked like the walls were weeping. I’d never seen anything like it before—or since—but it was almost like some curse had been fulfilled, maybe awakening something that had lain dormant in the mines all these years.

Now some folks say that it was only the storm but let me tell you this: when the architects and builders were called to come fix the roof, they looked everywhere but there wasn’t a leak to be found. However, they did come across a number of damp handkerchiefs in the attic.

Adapted from a tale by Nathan DeLee, library shelver in the late 1990’s.